While having deep pockets and managerial skills are integral to a successful business, empathy drives it to excellence, as evidenced by the success story of the Thailand National Taekwondo Team. , who, under the leadership of federation president Pimol Srivikorn, has won Olympic medals since 2004, including their first gold medal at the recent Tokyo Olympics in 2020.

For 19 years, Pimol has used the strategy he put in place to develop a successful business to solidify the foundations of the team, resulting in a good mix of old and new athletic talents shining on the world stage. It was also made possible through the services of Korean-born national head coach Choi Young Seok and his team, who, along with sports science experts, built a formidable national team under Pimol’s leadership.

There is no doubt that his sense of entrepreneurship, cultivated through running a family business and serving as President, has paved the way for achieving the goals and aspirations of athletes and coaches.

Working with your heart and soul while exercising the managerial skills of a business leader has brought the once little-known taekwondo federation to global recognition.

“To make a successful sports federation you have to focus on how you manage and budget appropriately, because that ultimately plays a huge role in the future success of the sport,” said Pimol.

“At first I had to shell out a significant amount of money to build on the foundation that we see flourish today. However, after tasting success at the Olympics, the sponsors came and today I am happy to say that they have a lot to do.of the financial responsibilities necessary for the proper functioning of the federation. Every now and then I invest a few million baht for a need that arises, but it is nothing comparable to what I put on earlier. The success that I see players today has been truly fulfilling and yes, it’s worth all the hard work. “

Pimol says Thai sports federations should be run by people with a background in business management, as they are more accustomed to management expertise, which can include everything from interpersonal skills to communication and leadership. decision, which are the basis of managing the system in a way that results in success. 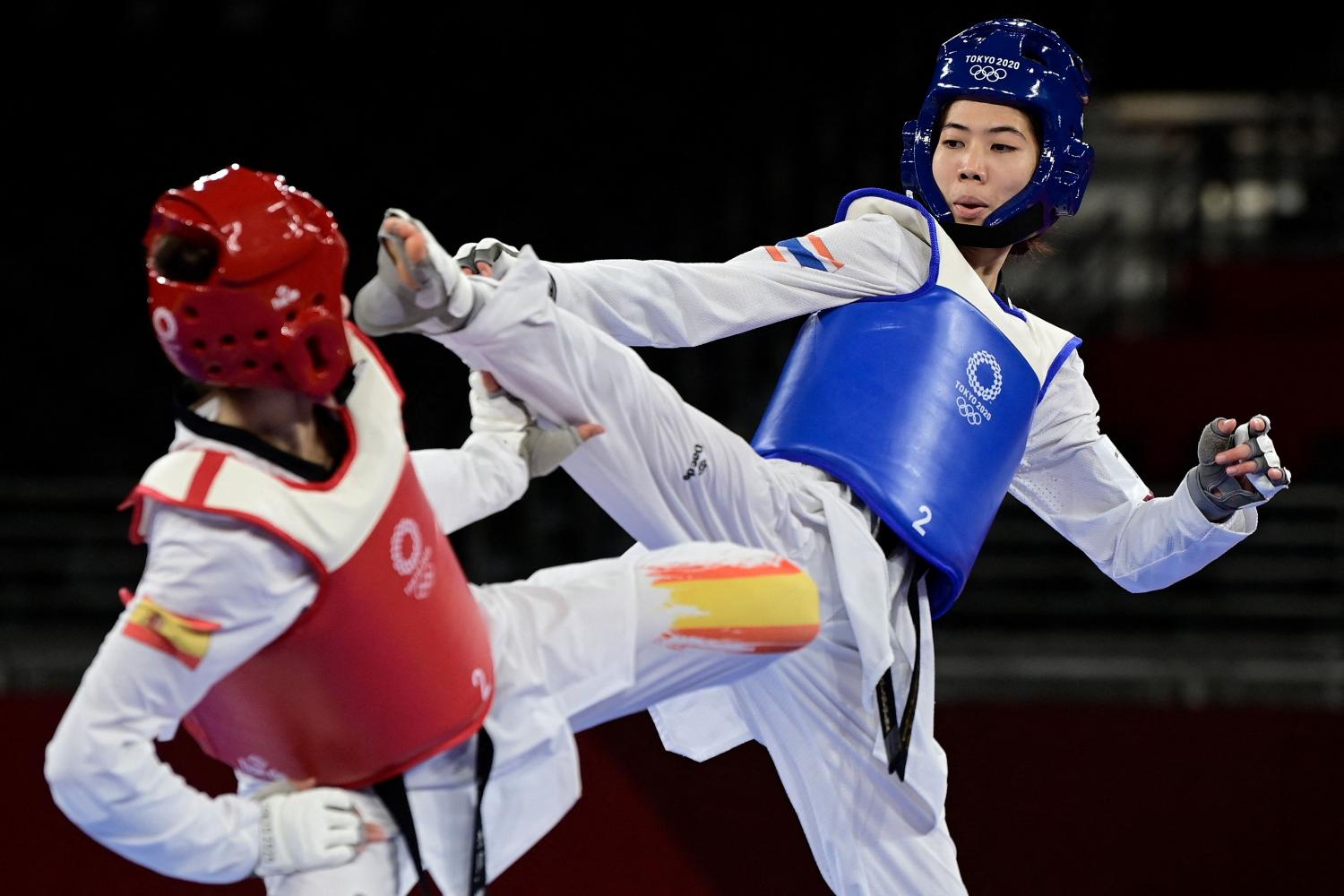 In addition, they also realize the importance of making themselves visible at an international sporting level such as being a member of world sport federations. He said connections can go a long way and that maintaining close ties with such entities is good for his own federation.

Pimol also attributes Thailand’s success in the Olympics and Asia to a youth development program initiated by the local taekwondo federation.

“We have players under our care from the age of 14. The Sports Authority of Thailand does not offer any development programs for young athletes, so we call this age group the junior level. Today we have two world champions at this age.

“Having them in our care at such a young age can help us properly monitor their success as they reach the junior and senior levels. Our latest Olympic gold medalist, Panipak ‘Tennis’ is the product of this development program. “

Pimol said the “train the coaches” project, which sends the national head coach and his team to various taekwondo clubs to teach taekwondo coaches the correct method for practicing the sport, is another program aimed at creating good skills. new talents.

On government support, Pimol said that while things have improved, there is still a lot to be desired, especially when it comes to monetary issues.

Pimol said that for the most part the national taekwondo team has to depend on itself. 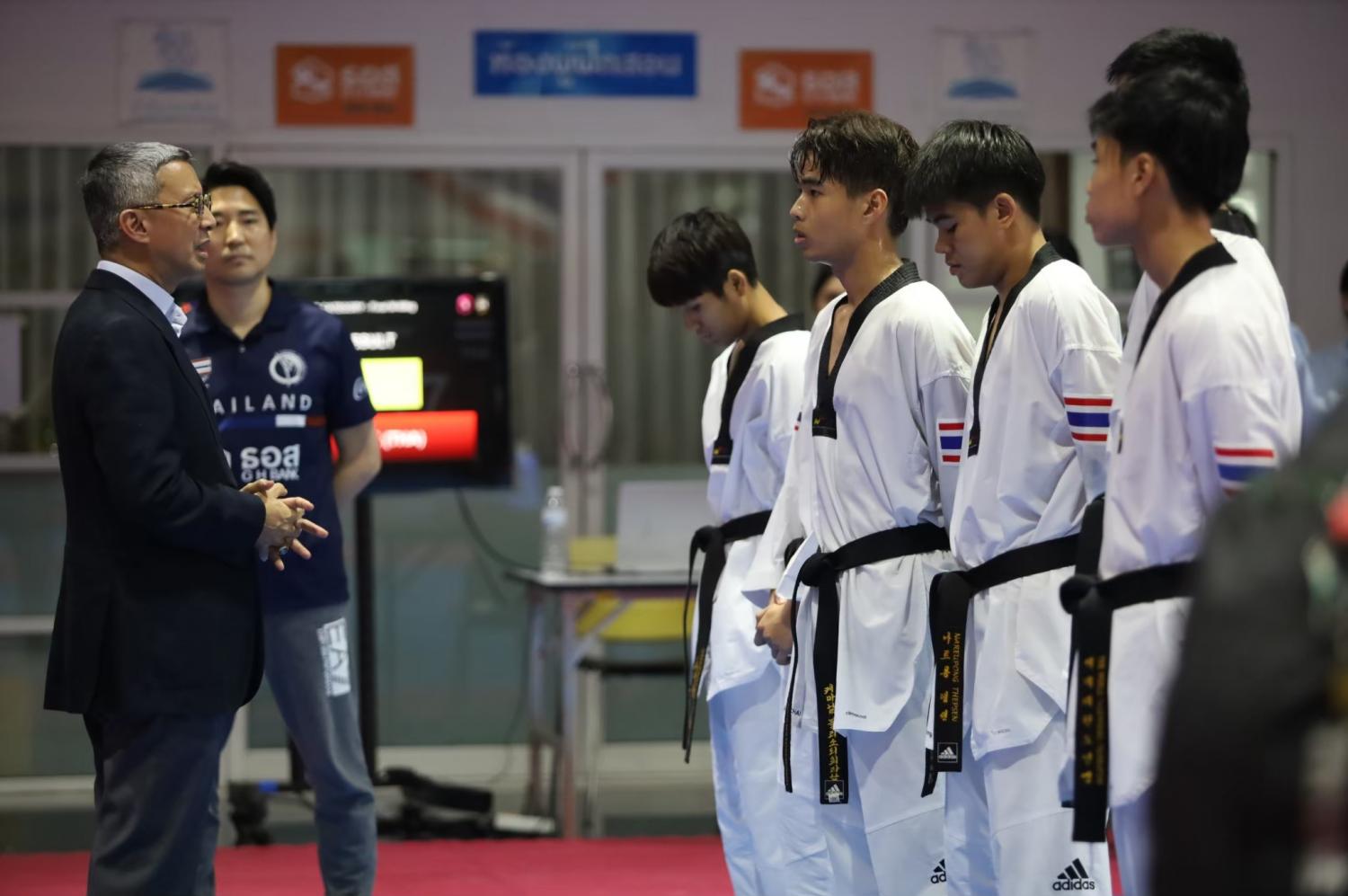 Being at the helm, Pimol Srivikorn is involved in all aspects of the association’s management. National Taekwondo Association of Thailand

Citing an example, he said that even if the government covers the allowance of 150,000 baht for a foreign head coach, he must realize that in order to retain the caliber of services of coaches like Choi, who is with the team for many years and produced countless medals in the Asian and Olympic Games, this amount is double.

“The coach’s monthly salary is just one of the many areas where we need to find our own financial support and thanks to our sponsors we can cover them now. However, this has not always been the case in the At the stage where we were developing our athletes, I had to pay almost all the expenses on my own.

“It is a fact that 85% of the time an Olympic medal is made possible with the help of sponsors.”

On a personal note, he shared that his role as a leader extended beyond the managerial level to a level where athletes saw him as a member of the family. He also admitted that his concern for their well-being was as if they were his own children. From seeing that they were seated in business class for their flight to the Tokyo Olympics to their accommodation at the Intercontinental hotel for their quarantine period, he goes the extra mile to make sure they are well taken care of. even after the end of their competitions.

Pimol’s ability to empathize with them made them realize that no matter what, he supports them.

“Over the years I have had incidents where I had to get personally involved in the lives of some of the athletes. One of them had an abusive father, so I often had to welcome him and find him a safe place to stay. When Panipak [Nong Tennis] was younger, she had discipline problems, and there was little her father could do. When I told him about applying a proper nutrition plan for her at home, he asked me to do it for him. [laughs]. He told me his daughter was not listening to him. These days, Nong Tennis’s dad sometimes calls me “Daddy # 2”.

“Athletes come and go but those who stay for a long time, say from their youth to adulthood, have become like family, almost like my own children. During the camp period, I was very concerned about the Covid situation. -19, so we moved the whole team to Khao Yai, to a hotel right next to my house. During these weeks, my wife has personally cooked for them. We have forged a special bond with them. They come to eat at their place. us. We see them growing up in front of our eyes. Many have graduated, got married and started their own families. We still see them every now and then, in fact, last weekend they were with us. “

Next 65 karate coaches participate in the camp