The University of Texas at Dallas plans to open a new 12-acre cultural district on Wednesday, in what UTD officials describe as a “major expansion” of arts and culture programming at its Richardson campus, founded in 1969.

The project, in three phases in all, will take its name from the ancient Greeks and will be called the Athenaeum. Phase I will cost around $58 million and will house the UTD wing of the Crow Museum of Asian Art, whose flagship will remain in the Dallas Arts District.

But beyond that, university president Richard C. Benson — who came to UTD in 2016 — called the Athenaeum a symbol of the school’s desire to improve both its curriculum teaching and its identity.

“It’s just a huge development,” Benson said. “UT-Dallas has always had a reputation for being STEM-focused,” referring to science, technology, engineering, and math. “But M is also management, that is to say our business school.

“This concentration is excellent, but the fact is that many people here, including thousands and thousands of students, have an interest and a passion for the arts, both in the visual arts and the performing arts. . And so, we haven’t been able to give full meaning to this expression — until now.

“When I came here, I said in my inaugural speech that we intended to put the A in STEM and make it STEAM, with the A, of course, standing for the arts.”

He called the Athenaeum “a huge leap forward” for what became “the third fastest growing university in the country” between 2010 and 2020, according to figures compiled by The Chronicle of Higher Education.

The Athenaeum, of course, will cost money – about $158 million.

School officials say they have raised $43.9 million for Phase I, which they hope to complete in 2024. The Trammell Crow family contributed $25.45 million to Phase I, with the late Margaret McDermott endowed an additional $10.95 million.

Phase II, which includes a 52,000 square foot performing arts center, will cost approximately $65 million. Benson hopes the performance hall (600-800 seats) can be completed as early as 2025, more likely 2026, saying the “lead donation” of $30 million for Phase II will come from the O’Donnell Foundation, which also has contributed $2 million toward construction of Phase I, which begins Wednesday.

In documents released by the university, the school says it has raised $73.9 million for the entire project, but hopes to raise an additional $59.1 million. Which means, Benson said, that the university’s fundraising campaign now consists of three areas of “push” – “to attract the best faculty, staff and students; do really impactful research; the third pillar being to greatly improve the arts.

He compared the university’s artistic ambitions to Carnegie Mellon University in Pittsburgh. “They are well known for STEM disciplines but also for the performing arts. I see us as filling that niche—among the public universities. Carnegie Mellon is a private university.

“The Crow Museum in particular is going to be extremely attractive to the region. We expect a lot of young people to come here for excursions. I joke that no one will ever come for a football match” – UTD has no football team and has no plans to add one -” but they will be come for the arts.

UTD’s history dates back to the 1960s, when Eugene McDermott, J. Erik Jonsson, and Cecil Green – who in 1941 founded Geophysical Services Inc., which became Texas Instruments – “saw promising young students leave the State to pursue studies,” according to the “timeline” published by UTD. This proved concerning for the founders of Texas Instruments, forcing them to recruit “out-of-state talent to work at their Dallas-based headquarters.”

In response, the three established the Graduate Research Center of the Southwest, which led to the creation of UTD, which today has more than 29,000 students in eight schools.

After his death in 1973, McDermott’s philanthropy was continued by his widow, Margaret, who died in 2018 aged 106.

In addition to Mrs. McDermott’s donations, UTD has benefited enormously over the years from the largesse of Peter O’Donnell and his wife, Edith O’Donnell. She died in 2020 at age 94; he died in 2021 at age 97.

Since 1957, the couple and their foundation have made charitable donations of over $900 million. And most of them were anonymous.

But in 2014, through an endowment created by Ms O’Donnell, UTD founded the Edith O’Donnell Institute of Art History, which at the time added an art history component to a school known historically for its emphasis on science and technology. .

William Solomon, Chairman, President and CEO of the O’Donnell Foundation, cited two reasons the foundation was willing to provide $32 million to the Athenaeum: because it adds an artistic component to a university whose emphasis is on science, engineering and research. described as “preeminent in this part of the country”. And second, to “continue the legacy” of Mr. and Mrs. O’Donnell, who were “passionately interested in UTD” and its emphasis on science, engineering and research but who, in his words, were also “passionately interested in the development of the arts at UTD. For these reasons, we felt that the Athenaeum truly uniquely combined the priorities and passions of the O’Donnells.

UTD trustees credit the late Richard R. “Rick” Brettell, the institute’s founding director, with “developing the vision of the Athenaeum,” whose mission the school describes as “convening spaces of thought and discussion across disciplines, spanning the visual and performing arts, literature and science.But school officials also give the late Hobson Wildenthal, former provost and former executive vice president, credit for for supporting Brettell’s vision in the creation of the Athenaeum.

Brettell, who spent five years as an art critic for The Dallas Morning News, got $17 million from Mrs. O’Donnell to establish the Institute of Art History. And in 2017, UTD partnered with Ms McDermott to create the Richard Brettell Award in the Arts, which every two years awards $150,000 to an artist “whose body of work demonstrates a lifetime of achievement. in their field”.

Brettell passed away in 2020 after a long battle with cancer.

In yet another move, he engineered UTD’s acquisition of the Crow Museum of Asian Art, giving the school a presence in Dallas’ arts district — and more. In 2019, the Crow Collection – started by the late Trammell and Margaret Crow in the 1960s and expanded as a downtown museum in 1998 – announced that it was donating its entire holdings to UTD.

And now the Crow will be the cornerstone of the Athenaeum, which school officials say will occupy the southeastern edge of campus and create a “new gateway to the university.”

What UTD’s announcement doesn’t mean, said Amy Lewis Hofland, senior director of the Crow Museum of Asian Art, is that the Crow will abandon its flagship on Flora Street in the Trammell Crow Building.

“We are absolutely going to keep the beautiful lantern at the Crow Museum in the Dallas Arts District alive,” Hofland said. “We have a long-term lease, for at least another 30 years. So, two places, one museum.

At UTD, the Athenaeum will expand beyond the Crow, comprising three phases and three new buildings – a second location for the Crow; the new performing arts center, plus a $35 million parking structure; and in Phase III, a planned museum for “the traditional arts of the Americas”.

All of this, says the president of Benson University, is part of the “expanding” that he says will enhance the school’s reputation.

“It’s not a zero-sum game,” Benson said. “It’s not like we’re taking the focus away from STEM-focused fields. This is in addition to what we have done historically.

Next Kyrie Irving apparently responds to Nets general manager Sean Mark's comments with an enigmatic image of Mr. Miyagi from "The Karate Kid": "A picture worth a few words." 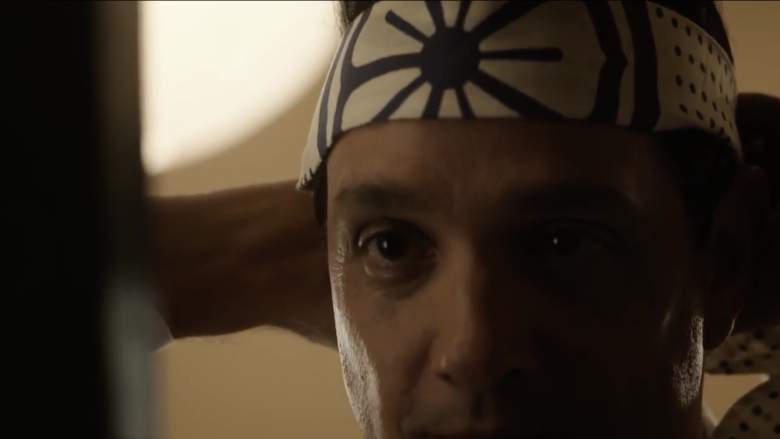 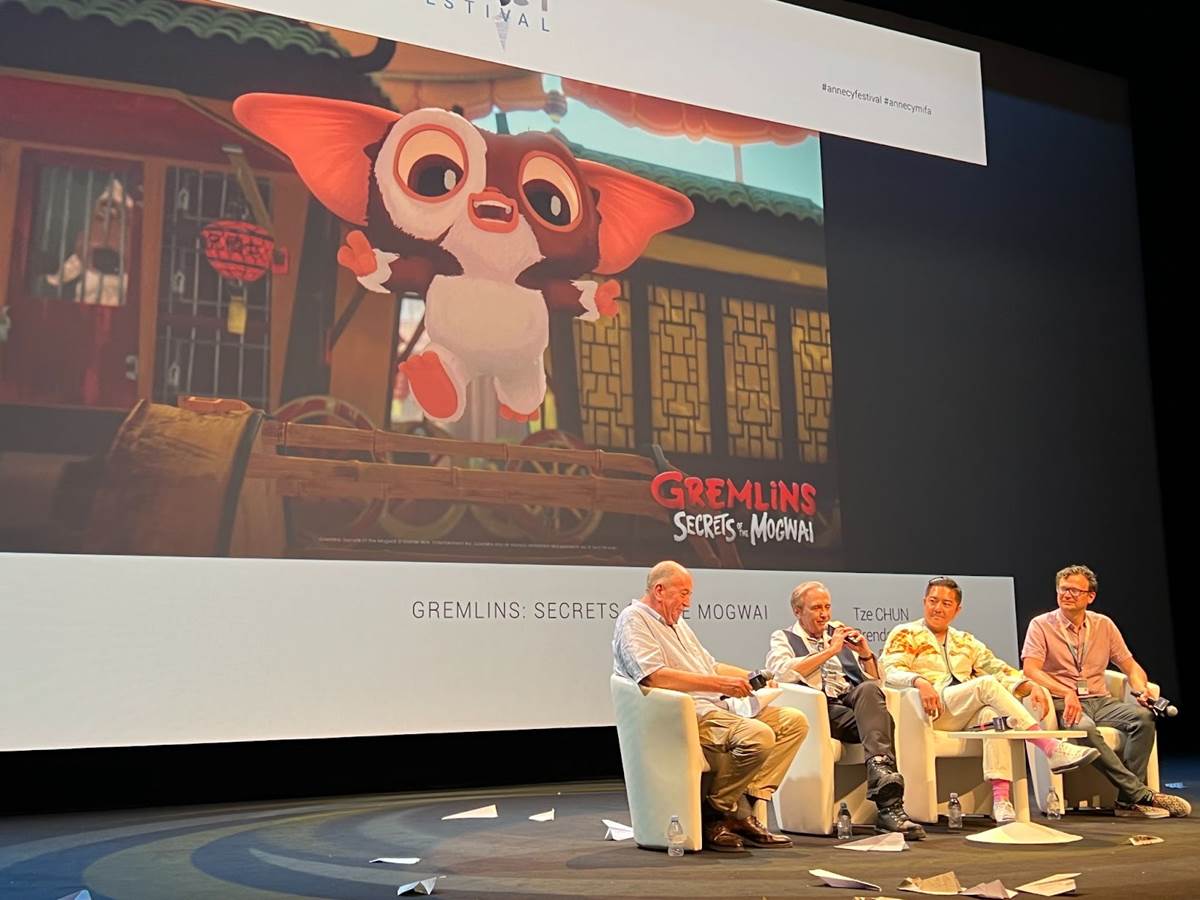 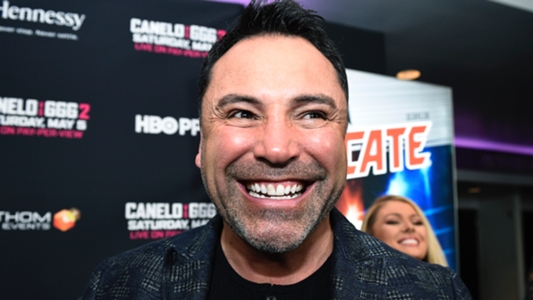